The Rescuer of Chernobyl

This is ICM fire engine kit finished as an abandoned vehicle, that operated in Chernobyl and was layed to rest sinc then. I was inspired by a number of models and photos of real abandoned firetrucks.

The kit is definitely not engineered for displaying interior and so I had to cut out all side doors and scratchbuild some interior details. Light guards and some other details were also scratchbuilt and the flat tyres were taken from resin kits.

Painting and weathering red color was challenging, but the result was rewarding enough. 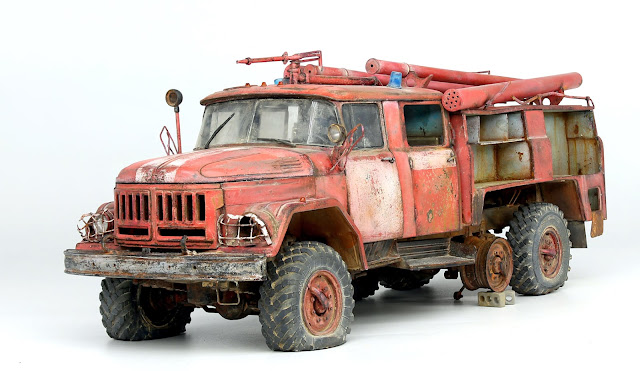 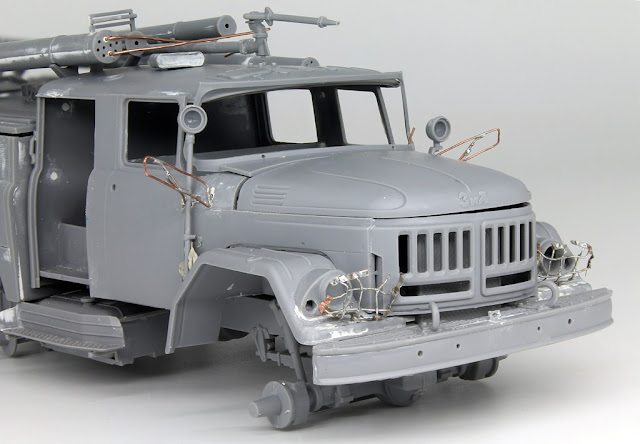 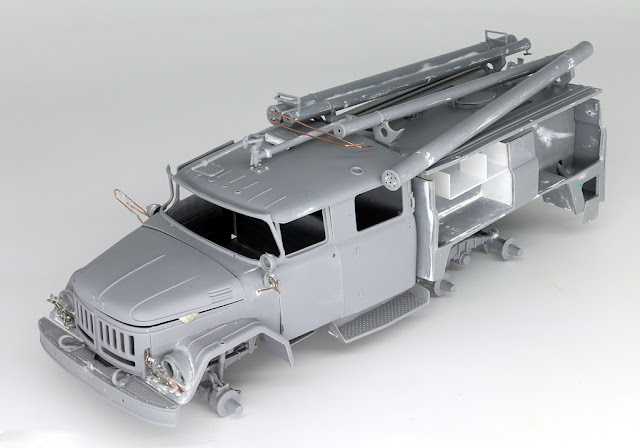 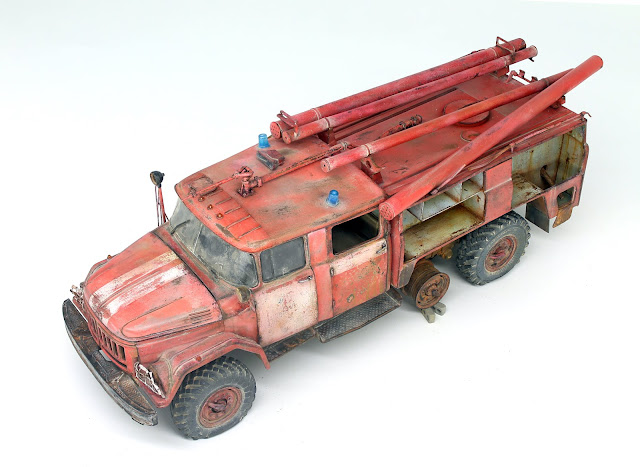 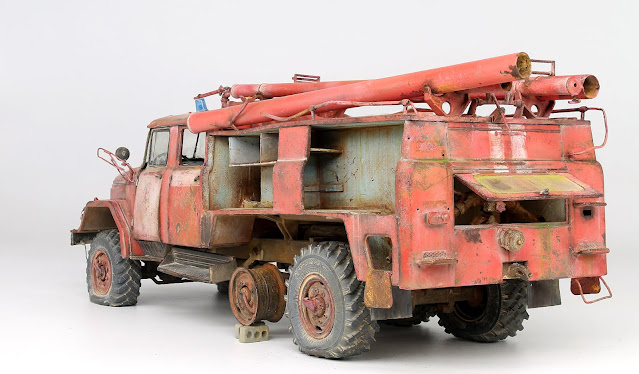 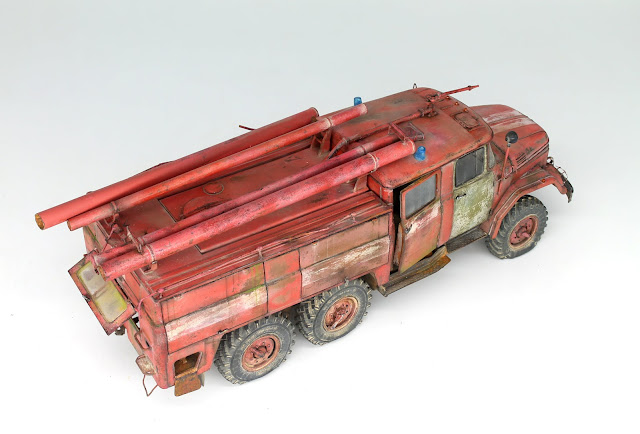